Tag Archives: A Song of Ice and Fire

Westeros has been economically stagnant for thousands of years. Since the Age of Heroes the infrastructure, finances, and prosperity of the realm have crawled along with only incremental advances that benefit the populous. So, what disease is Westeros suffering from?

In this essay, I will define the economic problems facing Westeros and provide policy proposals that will lead to a more optimal steady state for the Westerosi economy. In Part 1 of this essay series, I will begin by using Keynesian Demand Economics to explore the more systemic issues facing the economy of the Seven Kingdoms.

To achieve that end, in Part 2, I will build on Keynesian Economics by using the 3-equations model to provide context for economic implications on policy. Both of these models will portray why and how certain policies will move the economy of Westeros to a more optimal steady state.

But before we get to the problems facing Westeros, let’s take a brief look at the history of the methodology.

Tagged as A Song of Ice and Fire, Game of Thrones

The Broken Country: Politics and Warfare in the Wake of Catastrophe, Part 1: Double-Crossing the Double-Crosser 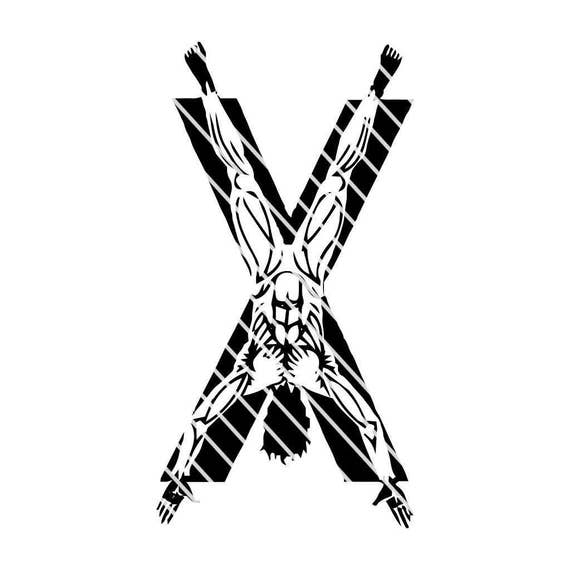 The north is hard and cold, and has no mercy. (ASOS, Catelyn III)

The North was in ruins. The North is in ruins. The king was dead. His armies decimated. Half the country was under foreign occupation. And the Starks, the ancestral rulers of the North, were dead, fled or captives of hostile houses. The Ironborn Invasion, the savagery of the Bastard of Bolton and above all the Red Wedding had despoiled a whole region of its king, its lords, its lands, its armies and its people. Injustice reigns in the North. But despite all the horrors visited on the region, despite it being a broken country, there was hope, a hope that wrongs would be righted and that justice would return.

Hello! And welcome to a brand new monthly series analyzing northern politics and winter warfare in the wake of the Red Wedding. In this series, I’ll be covering the major, middling and minor players, their plots and their conspiracies set in the North. We’ll be taking a deep-dive into all of this, because if anything, the North is an intriguing mess. Shifting alliances, vengeance and claims to Winterfell and the North present readers of A Song of Ice and Fire with a chaotic and enticing plot that starts in A Storm of Swords and takes off in A Dance with Dragons.

To kick things off, I wanted to talk about a theory about a subtle double-crossing that starts in A Clash of Kings, bounds its way into A Storm of Swords and sees some ramifications in the northern plotline from A Dance with Dragons. Tywin Lannister conspired with Roose Bolton and Walder Frey to betray the Starks and end Stark independence, but that may not have been the only betrayal he planned. In fact, Tywin Lannister seemed to be planning another betrayal against those he conspired with.

END_OF_DOCUMENT_TOKEN_TO_BE_REPLACED

The following essay is used with permission from the Tower of the Hand e-book “A Hymn for Spring” featuring essays by fellow Wars and Politics of Ice and Fire writer SomethingLikeALawyer, Steven Attewell from Race for the Iron Throne, Stefan Sasse from the Boiled Leather Audio Hour, Aziz and Ashaya from the History of Westeros podcast, Amin Javadi  from A Podcast of Ice and Fire,  John Jasmine, Marc Kleinhenz and Alexander Smith from Tower of the Hand.

It’s a real good book if I do say so myself!

But if there were a point of agreement between Stannis’s supporters and detractors alike, it would be that he is inflexible. Throughout the narrative, the stern Lord of Dragonstone is spoken of as being an excellent commander but also of being brittle and inflexible.

“Robert was the true steel. Stannis is pure iron, black and hard and strong, yes, but brittle, the way iron gets. He’ll break before he bends. And Renly, that one, he’s copper, bright and shiny, pretty to look at, but not worth all that much at the end of the day.” – Donal Noye (ACOK, Jon I)

Noye’s sentiment is shared by others.

“They are quite a pair, Stannis and Renly. The iron gauntlet and the silk glove.” – Varys (AGOT, Eddard XV)

This one will never bend, she thought. – Catelyn Stark (ACOK, Catelyn III)

His eyes were sunk in deep pits, his close-cropped beard no more than a shadow across his hollow cheeks and bony jawbone. Yet there was power in his stare, an iron ferocity that told Asha this man would never, ever turn back from his course. – Asha Greyjoy (ADWD, The King’s Prize)

Even Davos Seaworth, the one character who unconditionally loves Stannis, considered his king and friend to be inflexible.

Davos held up his gloved hand. “My fingers will grow back before that man bends to sense.” (ACOK, Prologue)

Within the Song of Ice and Fire fan community, Noye’s analogy of Stannis Baratheon as iron has gained a lot of traction – even Stannis’s fair share of fan-admirers mainly hold to Noye’s perspective. Readers admire his tactical and strategic acumen and view his actions in saving the Night’s Watch from wildling invasion favorably. But many also hold to the belief that the would-be king is inflexible and stubborn to his cause’s detriment.

Even those who think that Stannis is more flexible don’t see this transformation taking place until sometime in A Storm of Swords. The running theory of this group seems to be that once Davos convinced Stannis to put the horse in front of the cart and rescue the realm from wildling invasion, the would-be king became more willing to bend to make alliances in the north.

But I think that Donal Noye, Catelyn Stark, and the fans who view Stannis as unyielding iron have an incomplete view of the man. While I think that Stannis is, indeed, hard and strong, the brittle and breaking aspect of the metaphor is lacking. I think that he is much more flexible than the characters in – and fans of – Ice and Fire give him credit for. And I hold that this flexibility goes farther back in the timeline than previously thought.

END_OF_DOCUMENT_TOKEN_TO_BE_REPLACED

Tagged as A Hymn for Spring, A Song of Ice and Fire, Stannis Baratheon

Blood of the Conqueror, Bonus Essay: The Turncloak

Editor’s Note: This was originally going to be one of the featured essays from the series, but I ended up scrapping the idea as the series grew from a 5-part series to a 12-part series. However, after finishing a first draft of my own manuscript for my own book, I thought I might now publish this essay as a bonus to the main series. I hope you enjoy!

“So I am a coin in the hands of some god, is that what you are saying, ser?”

“No,” Ser Barristan replied. “You are the trueborn heir of Westeros. To the end of my days I shall remain your faithful knight, should you find me worthy to bear a sword again. If not, I am content to serve Strong Belwas as his squire.” (ASOS, Daenerys VI)

Of all the knights of Westeros, none seem quite so true as Barristan the Bold. From figures as far apart as Stannis and Renly Baratheon, Tywin Lannister, Ned Stark, Daenerys Targaryen,  Tyrion Lannister and even Varys the Spider, Selmy’s reputation as a true knight shines bright. More than that, Barristan’s renown and honor lends significant political advantage to whatever king he serves.

Though many fans believe that Barristan will die during the Battle of Fire, I think that GRRM has something much more narratively fulfilling in mind for Barristan than a death on Meereenese battlefield: namely, a massive conflict over his loyalties spurred forward by his guilt over his service to a bad king, his nostalgia for a “good” Targaryen prince and the changing character dynamics of the queen he serves and a boy binding up the wounds of bleeding Westeros.

END_OF_DOCUMENT_TOKEN_TO_BE_REPLACED

Blood of the Conqueror, Part 8: To The Spears

This essay contains minor spoilers for The Winds of Winter

“It is an easy thing for a prince to call the spears, but in the end the children pay the price. For their sake, the wise prince will wage no war without good cause, nor any war he cannot hope to win.” (ADWD, The Watcher)

From his vantage point overlooking the Water Gardens, Doran Martell looked at the children at play in the pool below. To his side lay a letter from King’s Landing informing the Prince of Dorne that his brother was dead at the hands of Gregor Clegane. All around him, overripe blood oranges ominously fell from trees, giving off a sickly-sweet odor as they split open upon impact. While Doran watched, Dorne was angry — angry at the recent death of Oberyn Martell, angry at the murders of Elia Martell and her children at the end of Robert’s Rebellion. Doran Martell knew all this, and yet from all appearances, he did nothing.

The reality, though, could not have been more different. Doran Martell was doing something to avenge his lost loved ones, but the prince could not seek the immediate vengeance that his family and countrymen wanted. The Prince knew that if Dorne went to war against the Iron Throne, they would lose, and if they lost, it would be the children who would suffer.

However, events had finally shaped up to the point where Doran Martell felt that he had his chance to truly strike a blow for vengeance all the while avoiding deaths like those of his sister and her children so many years before.

END_OF_DOCUMENT_TOKEN_TO_BE_REPLACED

Tagged as A Dance with Dragons, A Feast For Crows, A Song of Ice and Fire, Arianne Martell, Blood of the Conqueror, Doran Martell, Dorne, Sand Snakes

The Ultimate Winds of Winter Resource (Updated May 2019)

To better organize all of the information, I’ve categorized things as follows:

So, buckle in, this is going to be a lot of information!

Spoiler Warning: Everything past this point will contain spoilers for The Winds of Winter.

END_OF_DOCUMENT_TOKEN_TO_BE_REPLACED

Tagged as A Song of Ice and Fire, GRRM, The Winds of Winter

Dances with Wolves: Analyzing the Martial Language of Sansa’s Story

Today, we are joined by a very special guest glass_table_girl for an analysis of Sansa Stark and how she has used courtesy to survive so far, and how she’s weaponizing it for the future. – BryndenBFish

In the gardens of Eyrie by bubug

Every fan can recite the trademark phrases from Sansa’s storyline, such as “courtesy is a lady’s armor” or “women’s weapons.”

tl;dr: Sansa’s storyline is defined in language that equates her learning to warfare. Throughout her story, she accumulates an arsenal while playing defense, pivoting to an offensive position in her first TWOW chapter with the act of “dancing,” which the books establish to be a metaphor for violence or fighting. By framing Sansa’s education in martial language, the story establishes her learning as becoming a warrior—in a different sense.

END_OF_DOCUMENT_TOKEN_TO_BE_REPLACED

Wars and Politics of Ice and Fire
Blog at WordPress.com.