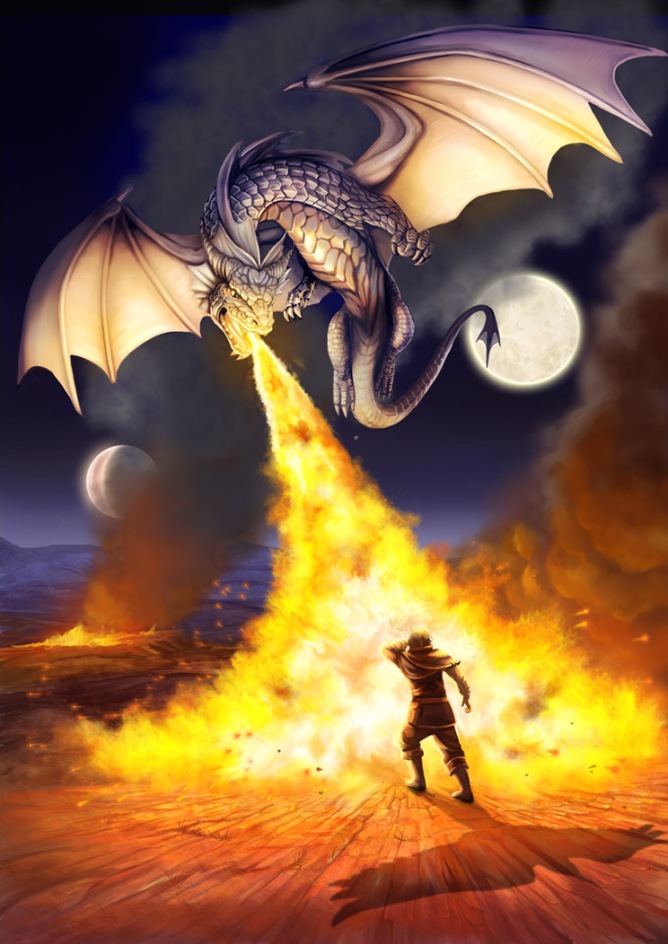 So many readers were reading the books with so much attention that they were throwing up some theories and while some of those theories were amusing bulls—and creative, some of the theories are right. At least one or two readers had put together the extremely subtle and obscure clues that I’d planted in the books and came to the right solution. (George R. R. Martin, Vanity Fair Interview, 2014)

George R. R. Martin’s books are filled with clues that, when put together properly, can give us a much deeper understanding of the story. Some of his mysteries are easy to solve, because they only require combining a handful of clues. Examples like “What’s the secret ingredient in Wyman Manderly’s meat pies?”

But the solutions to simple mysteries can become clues themselves, and form a complex network of connections that’s much more difficult to untangle.

In this series, we’ll dive deep and find out what we can about the creatures that make up half the equation of A Song of Ice and Fire: Dragons. Which clues have we been missing, and what can they tell us about their ultimate role in the story?

If we want to solve the big questions, then we need to start small. One wrong conclusion can lead to the next, and before we know it, we’re speculating about the story based on completely false assumptions.

So we’re going to try a fragmented approach and explore various issues, one at a time. We’ll take the text as basis, and only draw conclusions that we can be reasonably certain of. If we can not find an answer to a question that’s well-supported by the text, then we won’t try to force a solution. Instead, we’ll put these questions aside, in hope that we can answer them at a later point. In future parts, we’ll need to be ready to revisit our previous conclusions, whenever they don’t line up with the new evidence.

In time, we will try to find answers to questions like these:

I’m not yet sure which twists and turns this journey is going to take. But let’s get started with our first topic and see where it leads us.

Ever since his appearance in A Feast for Crows, the mysterious Alchemist has been a popular subject of fan speculation. While fans have put together some of the clues that George has scattered through his books, there’s still no consensus about the Alchemist’s intentions and how he ties into the larger story.

In this essay we’re going to focus on the Prologue of A Feast for Crows. We’ll see if we can find any themes and connections that could tell us more about who the Alchemist is, what he’s doing, and who he’s working with.

A solid theory needs solid legs to stand on, so first we’ll re-establish some facts from the Prologue that we might have forgotten about.

Then we will see which conclusions we can draw, and determine if they tell a story that’s consistent within the larger narrative, as well as being supported by evidence from the text.

Finally, we will evaluate our theory and come up with some ideas about where to go next.

END_OF_DOCUMENT_TOKEN_TO_BE_REPLACED

As you may or may not know, Wars and Politics of Ice and Fire has its own Tumblr page (as well as its own Twitter and Facebook pages).  Even more excitingly, a little while back we here at the blog partnered with ASOIAF University to answer questions about A Song of Ice and Fire.  We – that is, myself and NFriel – take the text-based questions submitted to us, write up thoughtful text-based answers, and publish these answers on the Tumblr.

So every Monday we present to you The Ravenry.  We collect the questions we’ve answered during the previous week over on the Tumblr in post form, with a brief description of each, and publish it here, and link that post on Twitter and Facebook as well. If we were a book section, we’d be that one where you’re pretty sure you saw the undead librarian from Ghostbusters with an authentic Latin copy of Malleus Maleficarum. With the Queen Regent visiting a foreign realm, the Hand of the King had to sit the Throne, and he got the chance to expound on one of his favorite topics: Robert’s Rebellion.

So, without further ado, here’s The Ravenry for the week of 6 July:

END_OF_DOCUMENT_TOKEN_TO_BE_REPLACED

A Dragon Dawn: A Complete Analysis of the Upcoming Battle of Fire, Part 1: The Gathering Storm

Administrative Note: This will be the first of a six-part series detailing speculation and analysis on the upcoming Battle of Meereen. This post will primarily be a summary of events from A Feast for Crows and A Dance with Dragons. However, in parts 5 and 6, there will be significant spoilers from the preview chapters of The Winds of Winter.

“You will not make Meereen rich and fat and peaceful. You will only bring it to destruction, as you did Astapor.” (ADWD, Daenerys III)

At the end of A Storm of Swords, Daenerys Targaryen stood as the unrivaled master of Slaver’s Bay. Her sack of Astapor, defeat of Yunkai and conquest of Meereen vaulted her and her band of followers to positions of hegemony over the region. However, in A Dance with Dragons, things began to fall apart. Plagued by a homegrown insurgency in Meereen, her situation was only worsened by the arrival of plague and a resurgent Yunkai. Surrounded by Yunaki and its allies and beset with plague, Daenerys’ arc was building to a great battle: The Battle of Fire.

Previously, I wrote a series of essays on Daenerys’ Campaign in Slaver’s Bay. In that essay, I detailed how Daenerys acquired her army and started a war of liberation in Slaver’s Bay. When she finally arrived at Meereen, Daenerys made a fateful decision: she would remain at Meereen and learn how to rule. But her rule of Meereen would be contested by the internal and external forces. And this conflict was all building to a great battle.

A few months ago, I wrote a two–part series on the upcoming Siege of Winterfell. The Battle of Fire (or Battle of Slaver’s Bay) will be the second battle to open The Winds of Winter. Shortly after the publication of A Dance with Dragons, George RR Martin was asked what he had in store for The Winds of Winter.

“I’m going to open [The Winds of Winter] with the two big battles that I was building up to, the battle in the ice and the battle of Slaver’s Bay. And then take it from there.” Smart Travel Interview with George RR Martin

In this 6-part series, I’ll analyze and speculate how the Battle of Fire will transpire. Parts 1-4 will primarily be a summary and analysis of events from A Feast for Crows and A Dance with Dragons. Part 5 will be an in-depth look at each side on the eve of battle and look at how each faction (Barristan & Meereen, Yunkai and her allies and Victarion and the Iron Fleet) is planning to win the battle. In part 6, I’ll finally delve into the battle itself utilizing released and read sample chapters from The Winds of Winter; I’ll close part 6 with speculation on who will win the battle, who will lay dead in the field and what the outcome will mean for the future of Meereen and Daenerys’ arc. And while this essay series will touch on the motivations and inner character conflict within each of the major characters in the series, this will primarily be campaign analysis. To get into the character conflict rife with Daenerys, Barristan and others, I strongly encourage you all to to read Adam Feldman’s Meereenese Blot, particularly his essays on Daenerys.